On to events at Merry Wind Farm this week.  This past weekend was the big Destination Ohio open house weekend for many antique shops, culminating with the Simple Goods show.  I hear it is wonderful, but a mass of humanity, so I have never been, and probably never will.  Friday was a nice day, but Saturday was a total washout.  Instead, I hit the shops in Tipp City and made the short jaunt out to Verona, Ohio to The Little Shop Antiques and Gardens.  Lots of plants and goodies.  Here is part of my haul.  The little lamb on the left, and some new antique books for in a wonderful antique walnut cradle from the Tin Peddler.  I hope to make an antique doll someday from instructions in Early American Life, but until then the books will do. 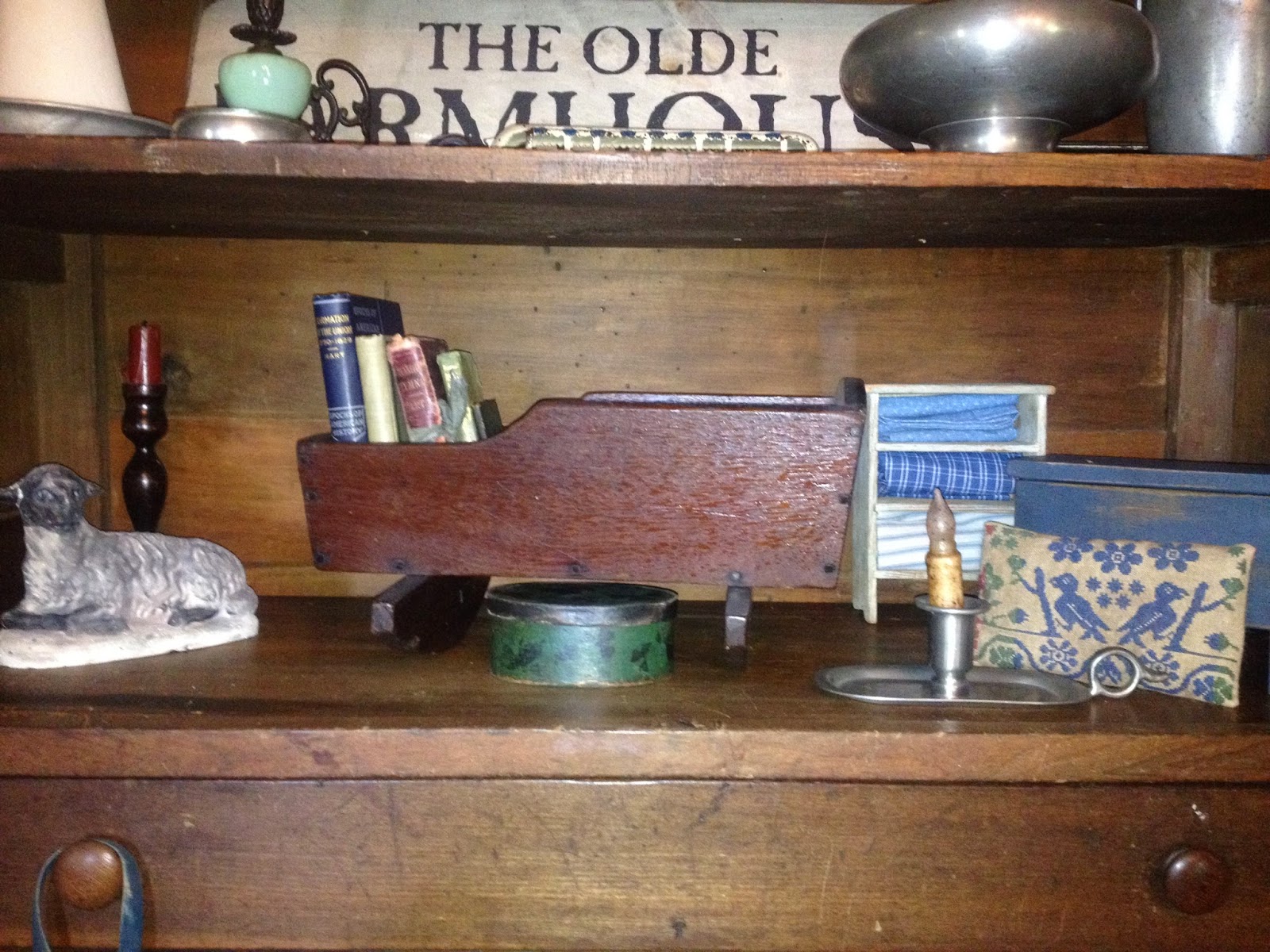 She has turkeys and chickens too!" 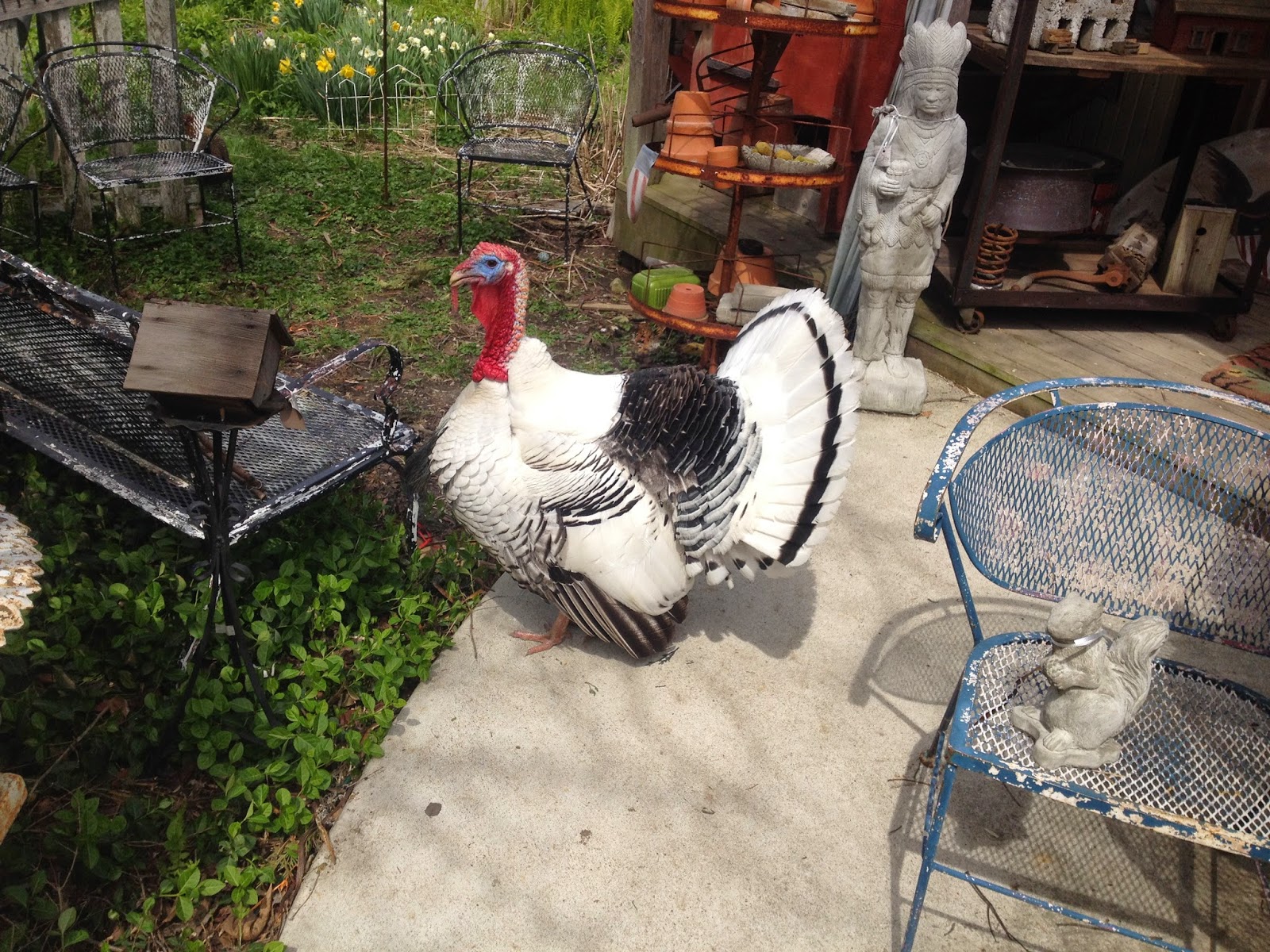 Lots of mowing and gardening work.  We had inches of rain, and everything is just growing like crazy. 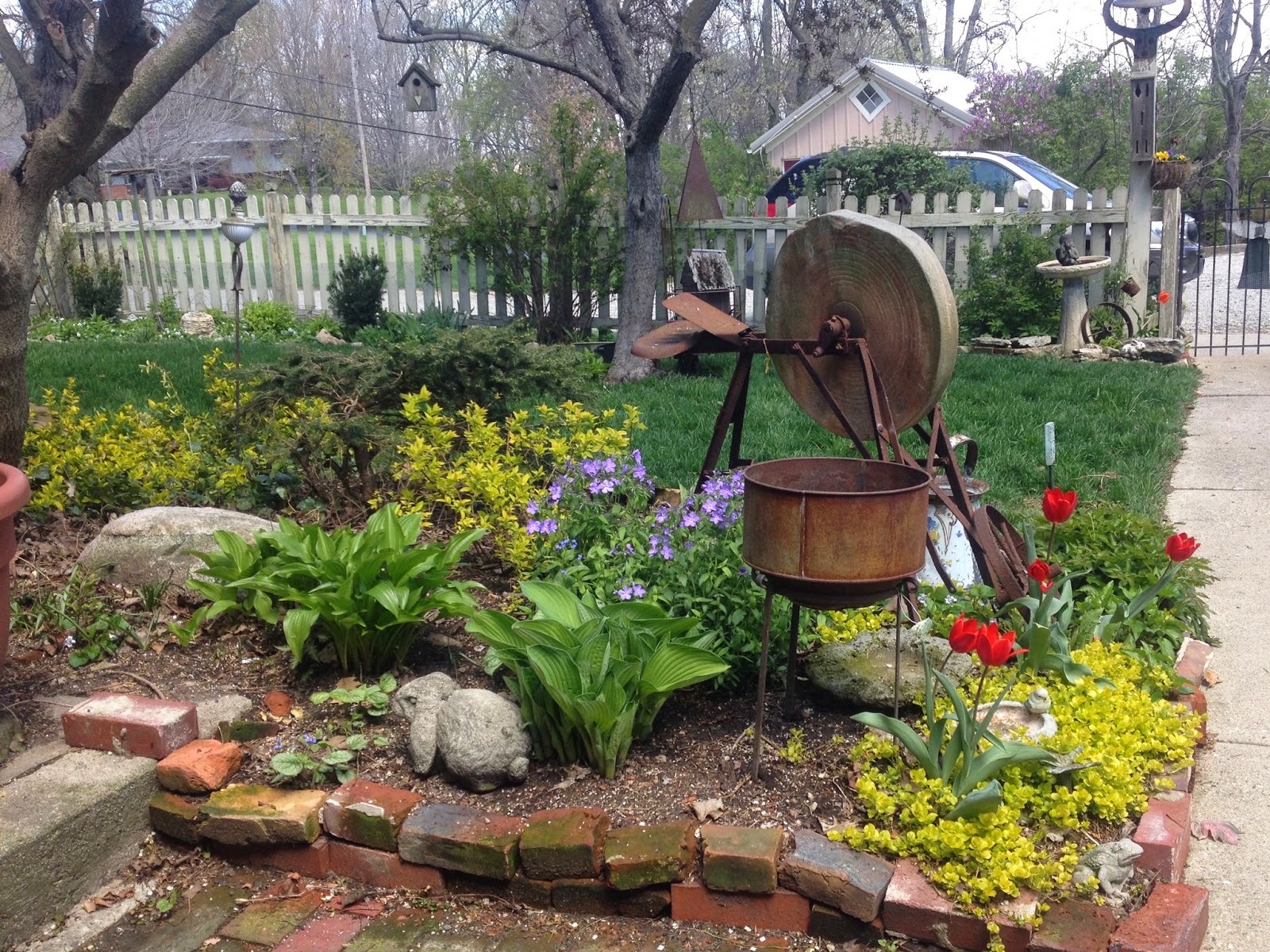 This small area is right by the entrance.  The rusty iron  pot will be filled with impatiens in a couple of weeks.

Here is another damaged hooked rug :(  I love my animals but sometimes get so mad at the kitties!  I am tired of them clawing up my rugs, no sooner do I get one repaired and they do another one.  I sometimes threaten them with saving up $1000 and doing a big mass de-clawing!  They aren't afraid :) 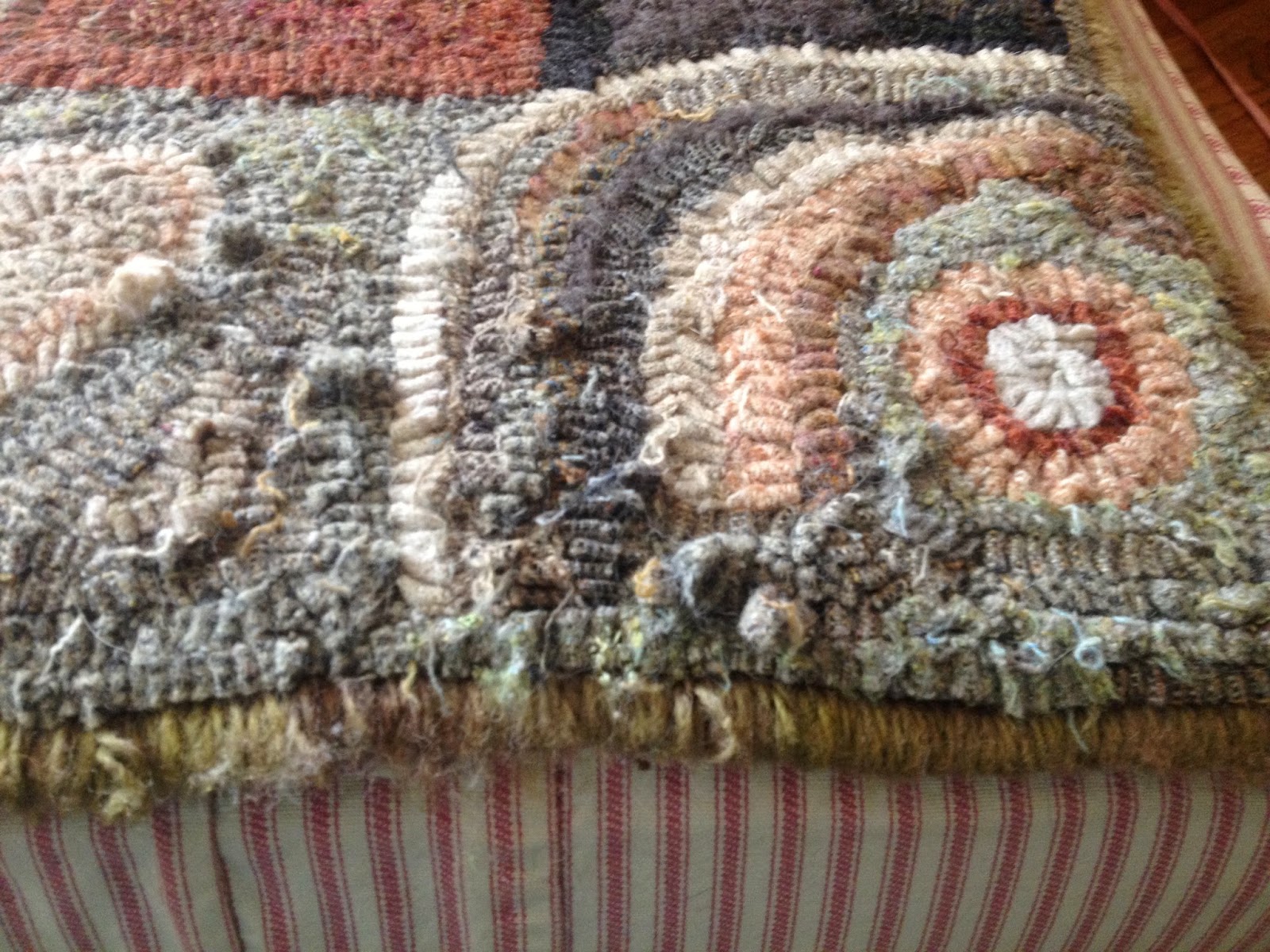 And, have I lost my mind?  Speaking of cats, I added another!  Or, rather, Evan did.  Meet Jack. 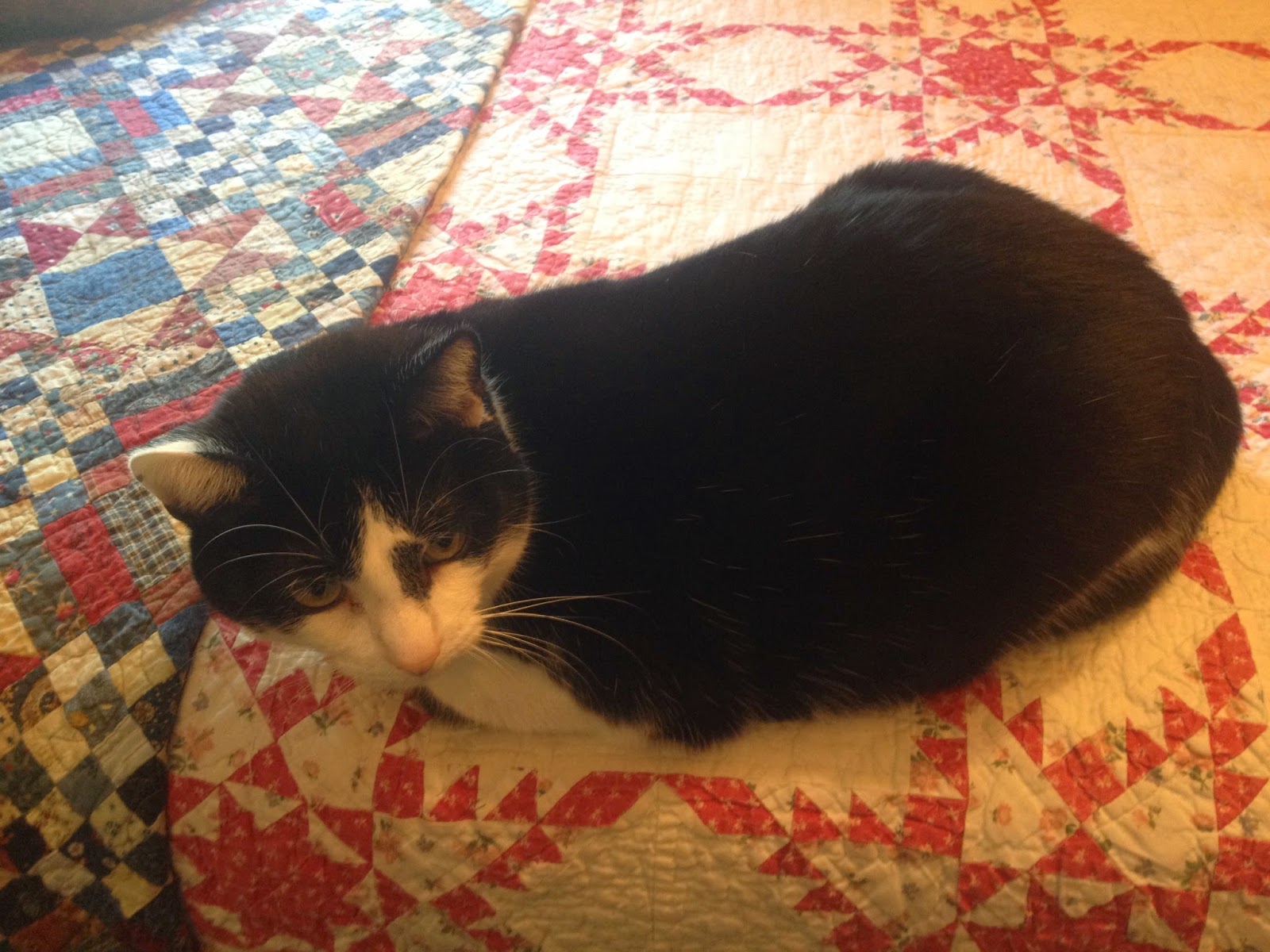 .
Here is his story.  A year or so ago, Evan's ex-girlfriend's mother called him to say she had found a cat (grrr).  He ended up coming here up in Evans room VERY temporarily.   In just a few days, she had found a permanent home for him.  Fast forward a year, she calls again, says the cat has had an accident in their rental house and they are going to put him to sleep.  So of course, Evan, cat lover, has to step in and take him back.  He is neutered, all four declawed, and shy and quiet.  So far, no problem with the litter box.  I rather imagine the previous people must have done something like not clean his box or have it behind a shut door.  He is an adult, maybe 5 years or so.

Also I am watching another wild outdoor cat who was skinny and now has a big stomach!  Have already contacted a local no-kill organization when a friend has worked for years, and they will take kittens if there are some.  Good news there.

Still waiting on my linen to arrive so that I can begin stitching my next repro.  Meanwhile I am been working on Manifesto.  The end is near and I will show you pictures next week.

Finally, a word about Outlander.  I recently discovered this as I didn't have Starz before the cable company offered a deal for whole house DVR's with all the movie channels that was cheaper than before with no movie channels.  One of my ancestors was a Scottish warrior named Tormut Rose who was captured by the English during the William Wallace wars.  He was sent to this country as an indentured servant.  I love Scotland, the history, the beauty, the castles... so it goes to say that I would love this program.  I have not read the books, but I think the story is wonderful and the scenery is beautiful, and Jamie is nice eye candy too.  That said, I think they are going too far with the explicit sex.  Maybe I'm just an old fuddy duddy, but I get it that they are madly in love and have a great time in the bedroom, but you don't have to show me everything!  Last week with the violent scene between Jenny and Randall went too far!  And I hear next week is even more shocking!  Come on, leave a little to the imagination. 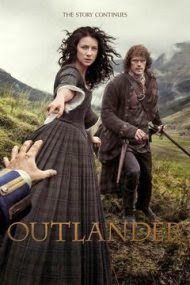 Have a nice week, Melinda.
Posted by Merry Wind Farm at 5:48 PM